People who had mentally challenging jobs when they were part of the workforce have a lower chance of suffering mental decline while on the job and after retiring, according a study recently published in the Journal of Occupational Health Psychology. 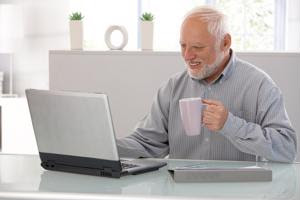 Researchers examined data from the Health and Retirement Study from the National Institute of Aging and the University of Michigan Institute for Social Research that included 4,182 adults who worked at a job for at least 10 years and retired during the 18-year study period from 1992 through 2010. The participants were between 51 and 61 years old at the start.

The job's mental demands were determined based on the Occupational Information Network database, and the results showed that participants who worked in higher mentally demanding jobs displayed better memory before retiring and a slower memory decline following retirement, which was assess via tests similar to those used to diagnose dementia such as counting backwards. The investigators also took into account education, health and income, and they noted that the results don't prove that jobs alone protect against mental decline.

Regardless of a person's job, patients who do suffer from cognitive decline, dementia and Alzheimer's disease can benefit from senior care services so they can continue living in the comfort and familiarity of their own home.

0 comment(s)
Subsribe To Our RSS